Aberdeen Christian’s Jackson Isakson leaps for the pit in the long jump at the Lake Region Conference Track Meet in Ipswich. Isakson set a new school record in the event at the Region 1B meet in Britton on Thursday. Photo by John Davis taken 5/11/2021

BRITTON – The Warner boys pulled away for the region title, while the Northwestern girls paced their way to a third place finish at the Region 1B track and field championships Thursday in Britton. Aberdeen Christian finished sixth in both categories, the girls finishing with 57 points and the boys with 66.

And, while the meet was technically a region competition, no automatic state meet spots were awarded during Thursday’s action. Only the top 24 marks in each event will advance to this year’s state competition, rendering Thursday’s region meet more like a “last chance” meet.

“It’s definitely different,” said Christian coach David Rohrbach. “In the past, you’re trying to get that top two spot or that qualifying mark.”

Still, Rohrbach said, he was pleased with his team’s effort.

“Our kids did pretty well,” he said. “Right away, it was windy, but we had a couple kids PR and a couple run close to their PR or at least be consistent with the times they’ve had all year. So we felt pretty good about that.”

Ben Rohl finished second in the 200 meters and third in the 100 meters to pace the Christian boys. The Knights also got scoring performances from Walker Larson in the 1,600 meters and Holden Bartel in the 3,200 meters, while the 4×100, 4×200 and 4×400-meter relay squads all finished third.

“We really closed that gap,” Rohrbach said of the sprint relays. “We wanted our handoffs to be more crisp. We ran with Langford and Frederick and they both have really good relays. Obviously, they both ran faster than us, but we wanted to close the gap there, and I felt like we did that a little bit today.”

Andrew Brennan picked up Christian’s lone event win of the day in the pole vault. Jackson Isakson and Abe Kretchman were second and third, respectively in the long jump, with Isakson’s effort breaking the school record.

On the girls side, Aberdeen Christian finished with a handful of scoring performances, including third place efforts from Shawnteah La Croix (200) and Rachel Beaner (800).

Perhaps most notable on the girls side, however, was the two seconds the Knights shaved off their 4×200-meter relay time.

That, Rohrbach said, will put the Knights in position to possibly snag a state meet qualifying spot.

State meet entries and selections will be finalized today.

For complete meet results click on the following link: 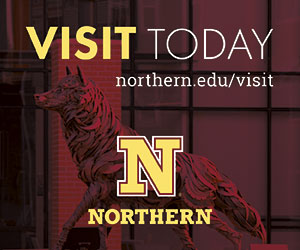