Svendsen coming back to be head football coach at Aberdeen Central 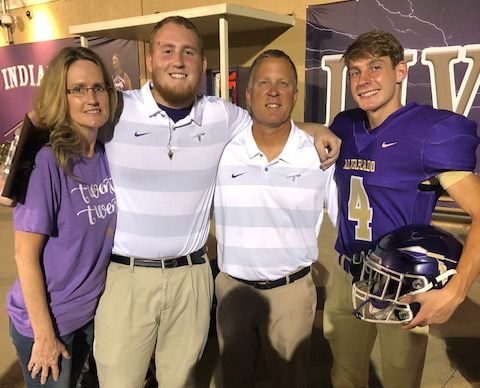 Scott Svendsen has been named the head football coach at Aberdeen Central. He is pictured with his wife, Krista, along with sons Colton and Cale. Courtesy photo

A familiar face has a new position at Aberdeen Central.

Scott Svendsen is returning to the area to be the new head football coach for the Golden Eagles.

The Eureka native and Northern State graduate was on the coaching staff for Central before leaving the state. He spent most of his time in Texas and is returning to South Dakota from Alvarado, Texas, where he most recently served as an assistant coach.

He said there are a variety of reasons why the Central job appealed to him.

“It’s a combination of a bunch of things. The opportunity to be a head coach is definitely one,” he said. “I feel like God opened a door there to come on in to Aberdeen and then I’ve got family there.”

His mother and her husband reside in Eureka.

Then there was the opportunity to return to his coaching roots.

Svendsen says he has many fond memories from his days with the Golden Eagles, working with the likes of Ken Heupel and Mark Murphy.

“Those guys were such positive influences on my life and helped me with my coaching career,” he said. “It was a great experience. The people that were around us, the people that we worked with, and the kids that we worked with, it was always a positive situation. I have nothing but real good memories. When you have a good memories of a place, the first place you worked at, you see the positive light. You’re attracted to it. I just feel like it’s a great opportunity.”

Svendsen has kept tabs on the Central program ever since he left and also understands the group of athletes that he will inherit once he gets to the Hub City.

“I’ve looked on and off throughout the years to see how they’re doing. Anywhere you’ve been you always kind of peek back and take a look and see how they’re doing,” he said. “I know there’s a good group of kids that’s coming back. If we get to work on it and everybody buys in, I think that something special could happen at Aberdeen Central next year.”

Svendsen also knows that the Golden Eagles will be moving down to the Class 11AA level after years in the 11AAA category. He said it will be just like old times when Central faced a schedule full of Eastern South Dakota Conference foes.

“It will be kind of like the old ESD when we were coaching at that time. That’s kind of what it reminds me of,” he said. “As the head coach, to me it doesn’t matter who we play. We’re going to be competitive. We’re not going to fear anybody. We’re going to respect our opponent, we’re going to play hard and they’re going to know that they played a good football team when we walk off the field. I’m excited about that. It could be a perfect little storm falling down a class and everything kind of equaling out a little bit.”

When asked how long it would take for him to lose his Southern accident, Svendsen had a quick reponse.

“It’s not going to take very long. Everybody up there says I’ve got a Southern accent, but everybody down here says ‘I know you’re not from Texas.’ I’m kind of like in no-man’s land,” he said. “I don’t think it will take me too long, because when I go home and stay a couple of weeks, I start picking up the old lingo.” 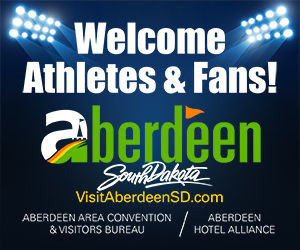 Roncalli moves to 10-0 with win over Bulldogs

Hanson locks down foes for Cavaliers

They Said It: a list of SD SportScene’s top quotes of 2021

Senftner back in the game