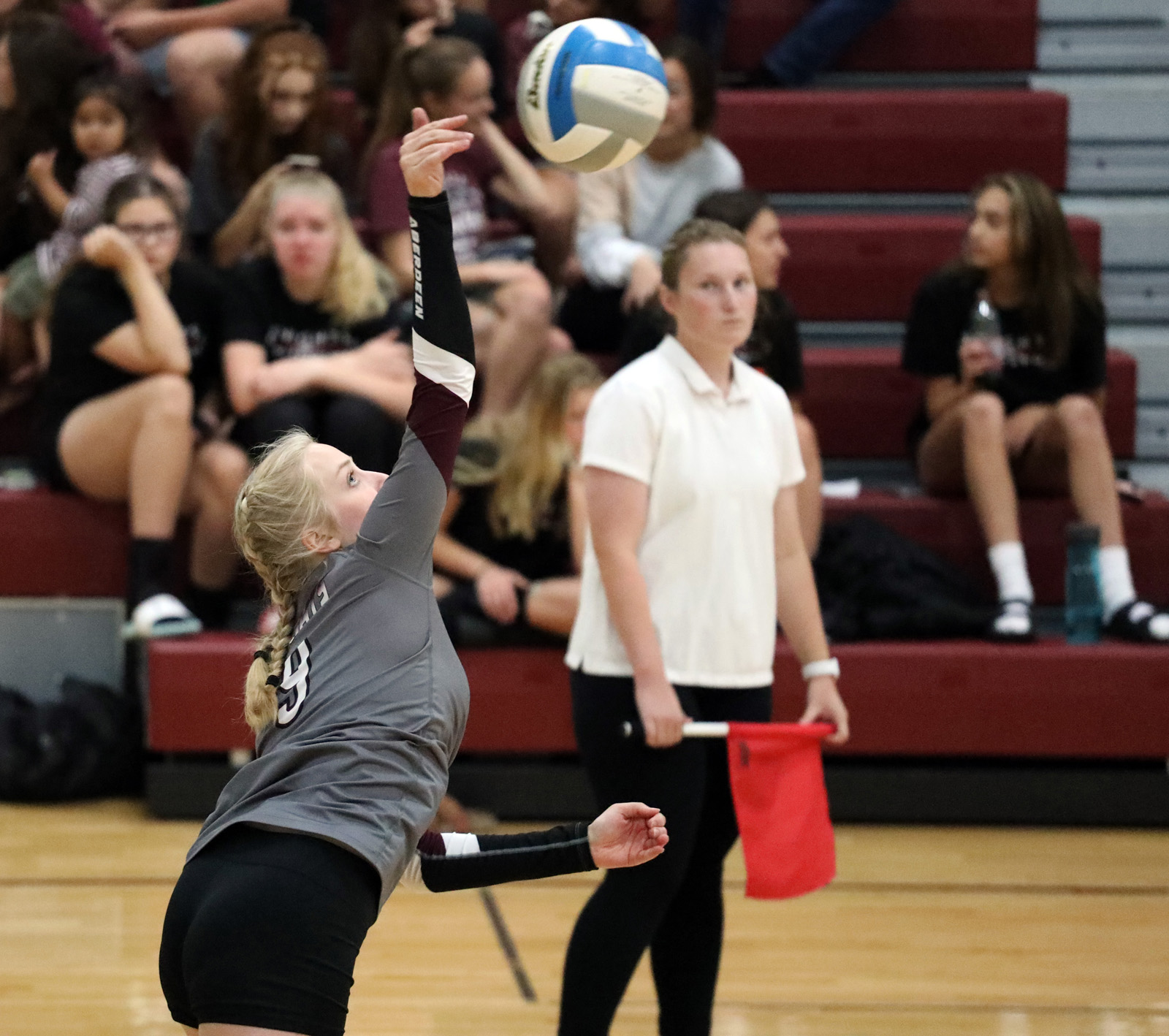 Aberdeen Christian’s Ruth Hulscher, left, hits the ball as she serves during a match against Ipswich at the Aberdeen Christian School gym earlier this season. Hulscher had four aces in a win over North Central in Bowdle Thursday night. Photo by John Davis taken 8/24/2021

Mary Fites recorded five aces and Ruth Hulscher had four in the win.

“I was happy to see Mary and Ruth go for it behind the line tonight,” said Christian coach Maggie Jett. “They have both been working hard on their serves and both really improved their accuracy and aggressiveness to make the other team have to work hard at serve receive.”

Hanna Miller topped the Knights with eight kills, while Fites finished with seven.

Christian totaled 27 kills as a team.

The fourth-rated Knights are now 13-1 on the season. 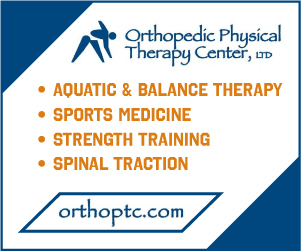 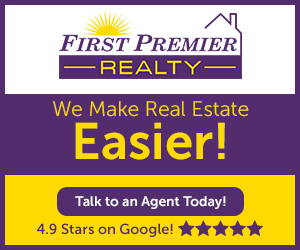