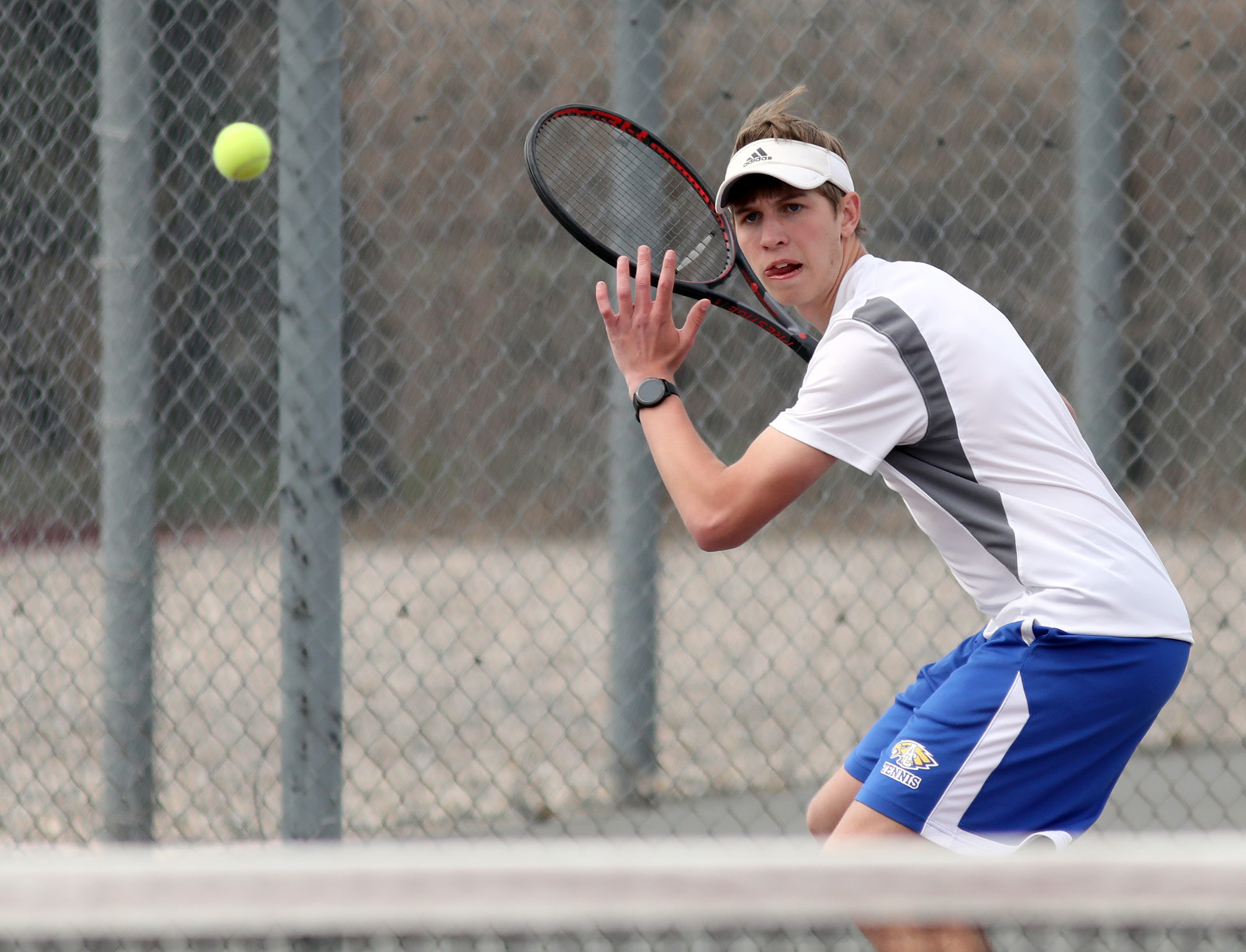 Aberdeen Central’s Ian Ahlberg looks to return a volley during a doubles match against Rapid City Stevens last Thursday at the Northern State University tennis courts. Ahlberg had one of Central's three wins on Monday against Mitchell. Photo by John Davis taken 4/22/2021

SIOUX FALLS – Aberdeen Central dropped a pair of tennis duals Monday, but picked up a crucial win at number one doubles and also won some other battles. The Golden Eagles fell to Mitchell 6-3 and were blanked by Sioux Falls Washington 9-0.

Central was involved in four super-tiebreakers against Mitchell, winning half of them.

“I can’t complain about the breakers, we’re 2-2 there,” said Central coach Trent Kurz. “In singles we won the first set in four of the six and we only won two of the six matches. That was kind of the big thing. We lost momentum in a couple of matches there in the second set. We just couldn’t bounce back. We never got back into it in the breakers.”

The tightest match of the day took place at number one doubles where Gabe Goetz and Zach Gonsor saved five match points before securing a 13-11 win in a super breaker.

“That’s a huge win at number one doubles. They’ll be the first to tell you they didn’t play the best breaker,” Kurtz said. “They really did a good job of fighting them off, had some big first serves finally. Zach is our ad-side returner so he had to play some big return points.”

The victory will be important when it comes to seed points for the Eastern South Dakota Conference tournament.

“Our guys are having a good year,” Kurtz said. “I think the only loss in the ESD is Brandon. It’s a big one for seeding.”

“He’s learning how to set up points. I really like to watch him,” Kurtz said. “He’s a three-sport athlete so he knows how to compete. This kid rolled him the last time. He competes for every point.”

Ian Ahlberg claimed the Eagles’ other victory on the day, winning in straight sets at number three singles.

“He played really well today. He was in control of his game the entire way,” Kurtz said. “By far the best he’s done with volleys and overheads. He’s a great competitor, too. He’s going to scrap and claw for every point.”

The Eagles did not win a set against Washington, one of the top teams in the state. Kurtz said the team played well against the Warriors, but it wasn’t enough.

“We played really well,” Kurtz said, pointing out the play of Goetz in particular at number one singles. “The first seven games of the match might have been the best he’s played all year.”

Kurtz said Henry Fouberg had a solid first set at number five singles as well as at number three doubles.

However, Washington has quality players throughout its lineup.

“It’s tough to play a good two sets against teams of that quality,” Kurtz said.

Central is back in action hosting Sioux Falls Roosevelt at 3 this afternoon at the Holgate Courts before playing in Rapid City Thursday through Saturday. 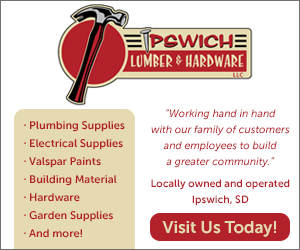